Om is considered the fundamental sound or vibration in Sanatana Dharma. Almost every chant begins with Om and it is considered to be a powerful mantra. Be it the Upanishads or the Bhagavad Gita or the Yogasutra of Patanjali,  the power of chanting Om or Omkara or the Pranava mantra is spoken about. Practitioners experience deeper states of consciousness while chanting Om.

In the Samadhi Pada of the Yogasutra, while speaking of the Ishwara who is beyond the kleshas and their impact, it has been said

His sound is the Pranava or Om. Chanting it reveals its meaning. When we repeatedly chant the Om mantra, the deeper meaning of the same gets revealed through various experiences that one gains as one progresses in the mantra sadhana. Though not quite well acknowledged by the scientific community, there have been demonstrations of patterns produced in a tonoscope when Om chanting is done.

One who leaves the body while remembering Me, the Supreme Personality, and chanting the akshara Om, will attain the supreme state. Bhagavan also says “प्रणव: सर्ववेदेषु” (BG 7.8) that he is the Pranava Mantra Om in the Vedas.

The words “Om Tat Sat” are a symbolic representations of the Supreme Absolute Truth, from the beginning of creation. From them came the bhrahmanas, scriptures, and sacrifice. Therefore, during Yajna, Dana and Tapas, expounders of the Vedas always begin by uttering “Om” according to the prescriptions of Vedic injunctions.

Almost all principal upanishads talk about the significance of the Om. The Chandogya Upanishad says that the syllable Om must be worshipped as it is the very Brahman. The chanting of Om leads to fulfillments of all desires. When Prajapati meditated on the syllables bhur, bhuvah and svar, the sacred Om emerged. Just as the veins of the leaf knit the entire leaf together, Om knits all sounds together.

In the Kathopanishad, Yama tells Nachiketa that the fruit of all meditation leads to the Brahman and the syllable of the Brahman is Om. In the Prashna Upanisahd, Pippalada Maharishi says “The essence of the Brahman is captured in the Om. It consists of three syllables a u and ma, each one denoting Rig, Yajur and Sama Veda respectively…He who worships Om merges into the Brahman. Om symbolises all that is calm, eternal, immortal, fearless and supreme”. The fifth question posed by the students is dedicated to Om in the Prashna Upanishad.

The Mundaka Upanishad gives a beautiful analogy. Make the Om as the bow, Atman as the arrow and Brahman to be the target. Do not hesitate in achieving your aim..”. The Mandukya upanishad says that everything is captured in Om and the past, present and future are in Om. The Mandukya Karika has several verses dedicate to the understanding of Om. The Shvetasvara Upanishad says that Om is the boat that will help us cross the samsara sagara.

Skanda Peruman Explains the Significance of the Pranava

Legend says that Swamimalai temple is where Skanda Peruman (Lord Karthikeya) gave upadesa of Pranava to Lord Shiva. It so happened that Skanda posed. series of questions to the devas. Lord Brahma was able to answer all the questions. When questioned about the meaning of Om, Brahma fumbled and Skanda immediately imprisoned Brahma. He reasoned that someone who doesn’t understand the meaning of Pranava is not fit to be the creator. From then on Skanda took over the process of creation. Lord Shiva, knowing this, requested Skanda to release Brahma and he obliged. In a playful manner, Lord Shiva asked Skanda to explain the meaning of Om and Skanda gave a beautiful exposition on the Pranava mantra. Lord Shiva was delighted to hear Skanda’s explanation. 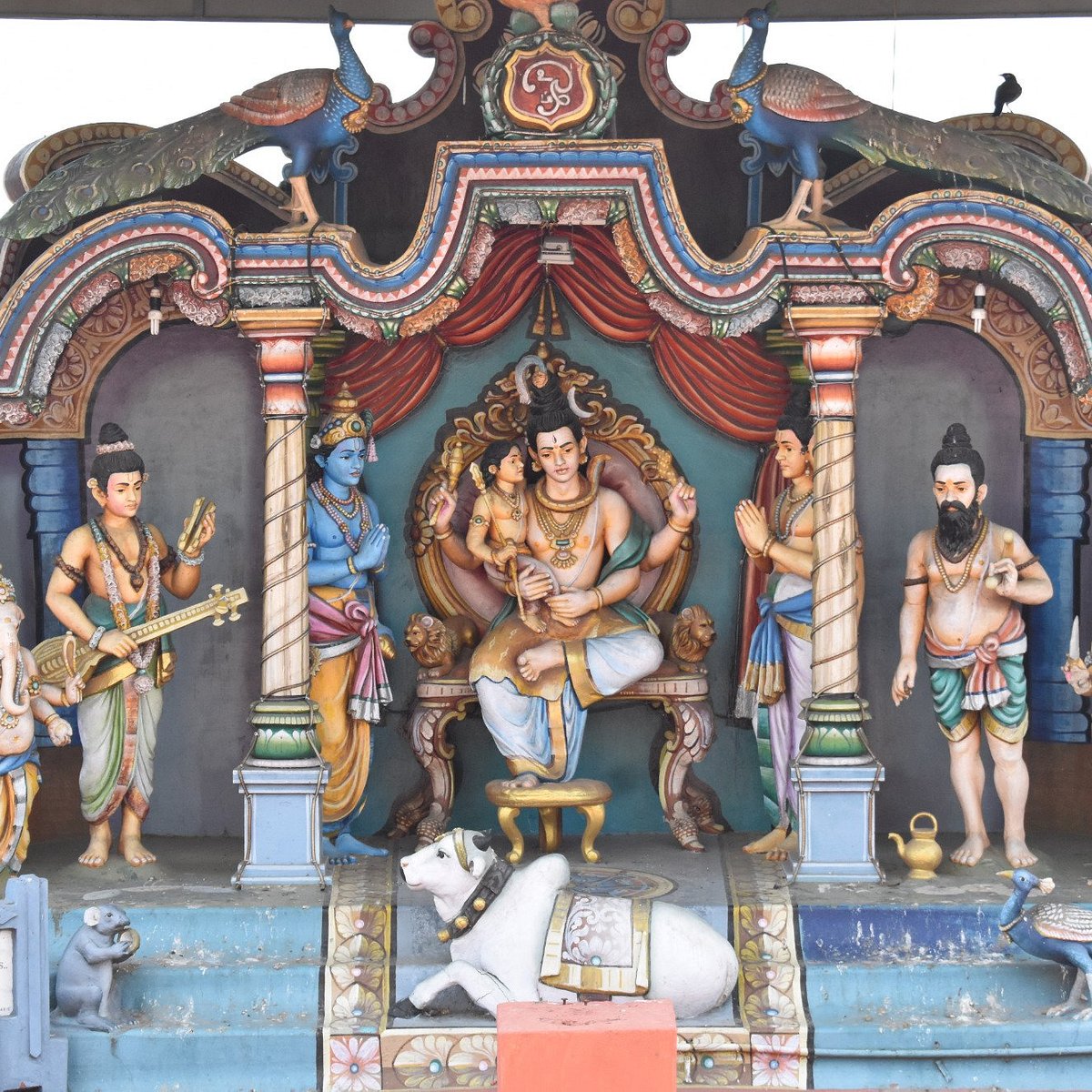