Imagine yourself speaking to a group of young students on the qualities that they need to develop as learners. Imagine that you flash a set of bullet points on the screen:

~ Ability to use all senses

~ Devotion to knowledge system and the embodiments of the knowledge

You have a plain expression on the students’ face. Now imagine yourself narrating the story of Arjuna’s life in Guru Dronacharya’s ashrama and the various tests that the acharya designs to bring out Arjuna’s excellence and the qualities that you just listed. It makes a huge difference when principles are brought out through stories.

Our brain and Stories

In a college experiment, students were shown two triangles and a circle moving across the screen. When asked to describe the scene, the students came up with interesting stories. The two triangles were men fighting as a woman (the circle) tried to escape. The circle was “worried” etc. This is called pareidolia which is the tendency to observe patterns in seeming random arrangement of things or observing a story where there is none. It is the natural tendency of our brain to perceive patterns and construct a story around seemingly random events and we feel more comfortable when there is meaning in whatever we perceive.

When we listen to bullet points, the Wernicke’s area in the brain is activated. This region is related to the comprehension of speech. We cognise the bullet points and make sense of the words from a language point of view. When the same thing is narrated as a story, the experiential centers of the brain get activated leading to better enjoyment and retention. Research says that stories evoke emotions, change our attitudes and behaviors. They capture our attention and also transport us to the world of the characters. One way to hold the attention of the listener while narrating the story is to continuously build the tension or curiosity. Once we completely focus on the story, we go through the emotions of the characters. We feel happy when they are happy and feel sad when they are sad. The mirror neurons too get activated as we “imitate” the emotions of the characters thereby helping us understand them better.

When Uri Hasson, professor of psychology and neuroscience at Princeton University and  his research team recorded the brain activity in two people as one person told a story and the other listened, they found that the greater the listener’s comprehension, the more closely the brain wave patterns mirrored those of the storyteller.

“Narrative transportation” is an interaction of language and imagination that makes the listener deeply engage with the narrative. Listeners get simulated experiences and this transportation makes them lose a sense of “here and now” as their thought process dwells in the times narrated in the stories. 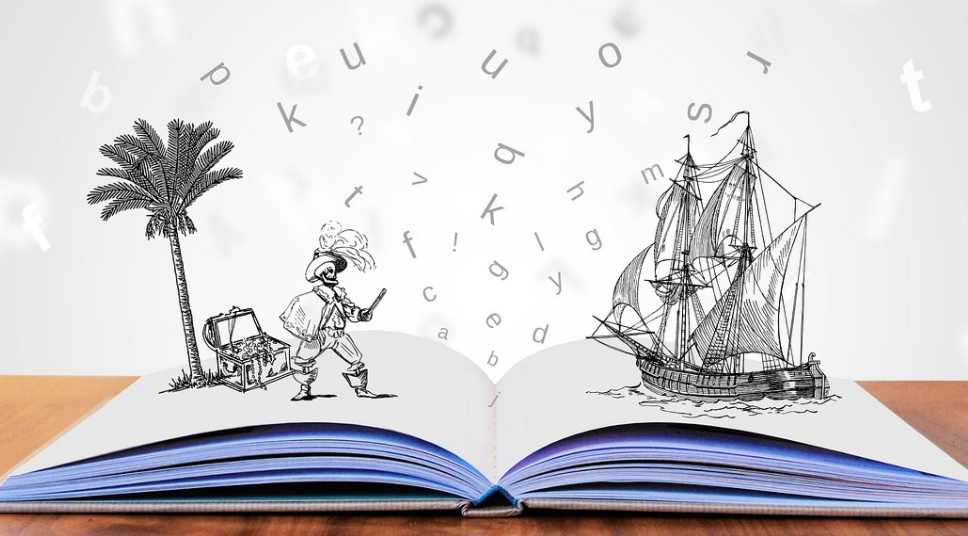 The sympathetic and parasympathetic nervous systems interact with the endocrine system to release harmones that influence our emotions and behavior. When we listen to stories, numerous chemical changes happen in the body. Oxytocin or moral/kindness harmone is secreted . This leads to the development of empathy and kindness as we “put ourselves into others’ shoes”. Oxytocin helps to improve social relationship and reduces fear responses. Stories also help young children recuperate faster from physical and mental illness. 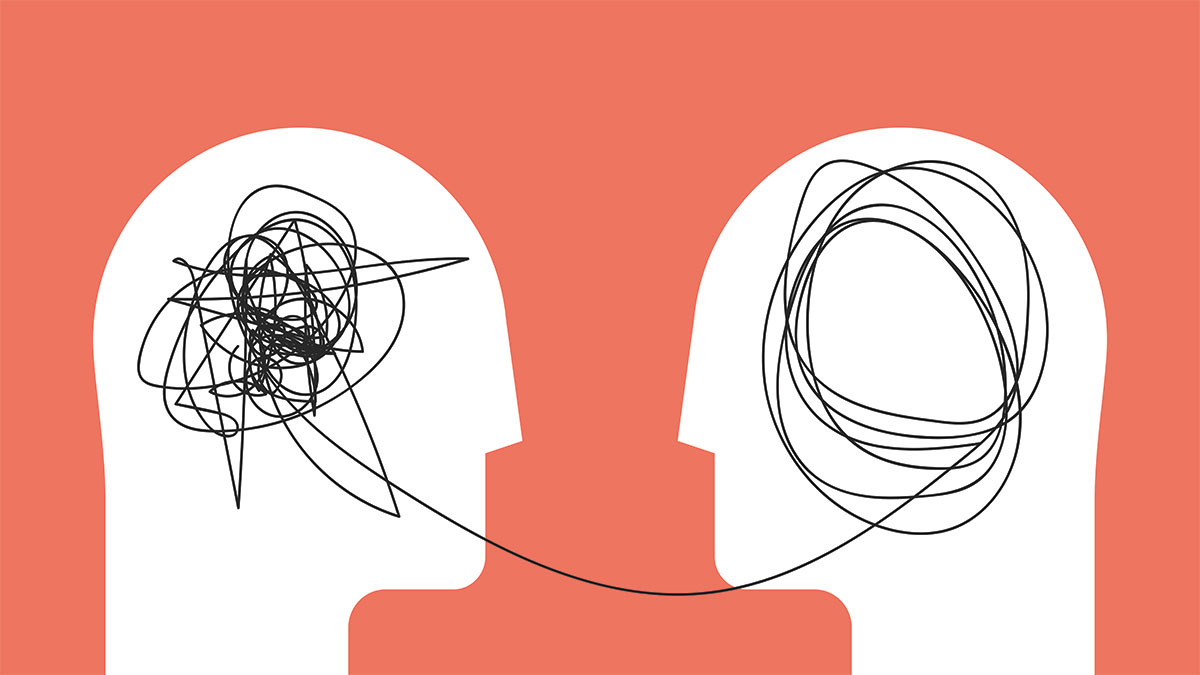 The Itihasa and Purana are huge body of knowledge for stories in India. Every traditional story that we hear is probably from one of the Puranas or Mahabharata or Ramayana. The stories narrated in the Mahabharata are elaborated in the various Puranas and it takes huge cognitive capability to go through this vast amount of knowledge. 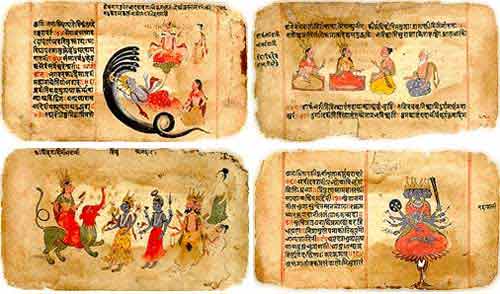 The Puranas bring out cosmology, evolutionary biology, time scales, genealogy and historical narratives. These together form the Panchalakshana of the Purana.

For a listener, the Puranas give a complex and dynamic narrative bringing out various aspects of life and beyond. It connects the listener to larger cosmic events which normally do not come in our conscious awareness. As the Saahitya darpan says “वाक्यं रसात्मकं काव्यम्” , a Kavya has sentences filled with emotions. The Mahabharata, considered a kavya, is filled with content that evokes diverse emotions in the listener. Infact, all the Mahakavyas of Sanskrit literature derive from the Ramayana and Mahabharata. Be it the wars or happy events, the narration transports the listener to those times. The Ithihasa also helps us to develop mental models of social structures that existed in ancient times and learn vicariously from various situations. That is why it is said that reading the Ithihasa leads to chitta shuddhi i.e purification of the mind-field thereby improving the quality of our thoughts and refinement of our emotions.

The core aspect of the Ithihasa is the framework of the Purushartha: Dharma, Artha, Kama and Moksha. They teach us how to experience pleasure (kama) and acquire material prosperity (artha) guided by a larger purpose, ethics and sustainability (Dharma).  Vicarious learning happens while listening to these complex stories where not everything is black and white. The Ithihasa Purana also create an aspiration for Moksha and to go beyond the sense of limited identities. While many of us assume that the Mahabharata is about war, greater emphasis is on Shanti (peace) and Moksha (liberation). The Moksha dharma parva of the Mahabharata gives numerous guidelines for one to attain moksha.

In Anandavardhana’s Dhvanyaloka, he says that the predominant rasa in Mahabharata and Ramayana is Shantarasa. Santarasa is that which brings happiness and welfare to all beings and which is accompanied by the stabilization (saṃsthitā) in the Self”. It has as its stable emotion (sthāyibhāva) as impassivity (sama) which culminates in detachment (Vairāgya) arising from knowledge of truth and purity of mind. (Though Bharata Muni did not include Shantarasa in his navarasa, Abhinavagupta’s commentary includes the same). Anandavardhana says that Mahabharata is a Sastra, Akhyana and Kavya. Because of various episodes filled with sorrow, the Mahabharata leads to vairagya due to cessation of all taste for pleasure (tṛṣṇākṣayasukha). This makes the mind calm and relaxed.

Not only do the Ithihasa Purana purify emotions, they also bring scientific rigor and a spirit of inquiry. To be able to read the original text one needs the support of the Vedangas: Shiksha (phonetics), Chandas(meter), Nirukta (etymology), Vykarana(grammar), Kalpa(rituals) and Jyotisha(astronomy and astrology). 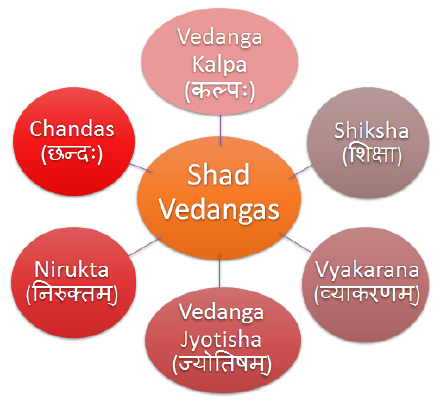 The Mahabharata has hundreds of astronomical references which are now being used by scientists to date the Ithihasa. Mahabharata and Ramayana are written in Anushtubh meter and when one delves into the world of meters one develops the appreciation for the complexity of compositions. The Mahabharata is also filled with complex verses that have a hidden meaning requiring expertise to decode them. Just a single Ithihasa or Purana takes years to study and analyse and sets the learner on a rewarding and rigorous journey.

Hence exposing today’s children and youth to the rich stories of India is extremely important. This builds the right set of values and guides aspirations of life.

More about the Katha tradition in another article!