Few months ago, Adi ji and I happened to visit some amazing temples in Thanjavur. Some of these temples were built by the Cholas and some by Maharastrian kings who ruled the region.

When one looks at these temples, one realises that these are not just architectural masterpieces but consecrated in way that they work directly with the physical,emotional and spiritual well-being of the people who visit them. In every part of the temple there is something to see and something to experience. Ok!There is something to eat as well..Let’s not leave out the puliyodhara prasadam at Srirangam.

Let me share about this unique Mariamman temple we visited. The day we went, Punnainallur Mariamman temple was decked with beautiful glowing lamps as a koti deepotsavam festival was going on there. Mariamman is a mother, guide, friend and God to tamil women. The temple was filled with thousands of women in pattu saree, girl children in paavadai and the whole temple was filled with the fragrance of oil from the lamps and jasmine flowers. A beautifully decorated putru was accessible to all devotees. 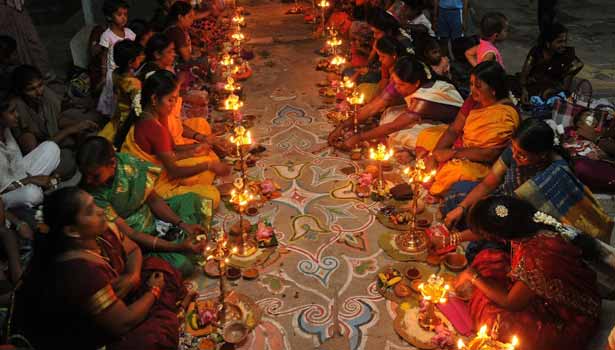 Maharaja Venkoji was on a pilgrimage to the Samayapuram Temple. Mariamma appeared in his dream and said that she was in the midst of the punna trees in a forest. Maharaja immediately went inside the forest and recovered her idol. The Maharaja constructed a temple and installed Mariamma there. Since she was found amidst the punna trees, she came to be known as Punnainallur Mariamma. Long ago, Amman was in the form of a white ant hill- Putru. Sadashiva Brahmendra, the great Avadhoota gave it a form and consecrated a chakra there. 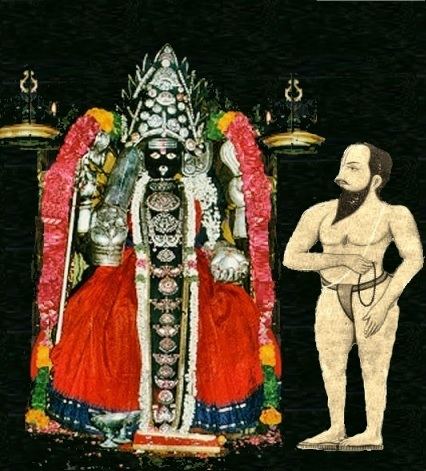 Adi ji and I did a parikrama of the temple and sat amidst the glowing deepams. Both of us simultaneously shared how happy we felt the moment we entered the temple..a perceptible happiness. It was surprising as we had both experienced the same thing when we entered the temple (Ok! This is only one of the many surprises that happen around us). Not that we were unhappy or anything but this was a very perceptible emotion. We later came to know from the locals that Mariamma heals people suffering from neurological disorders and restores emotional balance – directly works with the brain and nerves. Now we know where the happiness came from!

Temples are consecrated for a reason and the architecture, rituals and processes ensure that devotees derive benefits for many many years.

May Mariamma bestow happiness in the lives of thousands of people who visit her everyday.