In the Prashonottara Ratna Malika of Adi Sankaracharya, it is beautifully mentioned that there are only two places to be. In the midst of good people or in Kasi. Such was the importance given to Kasi/Varanasi. 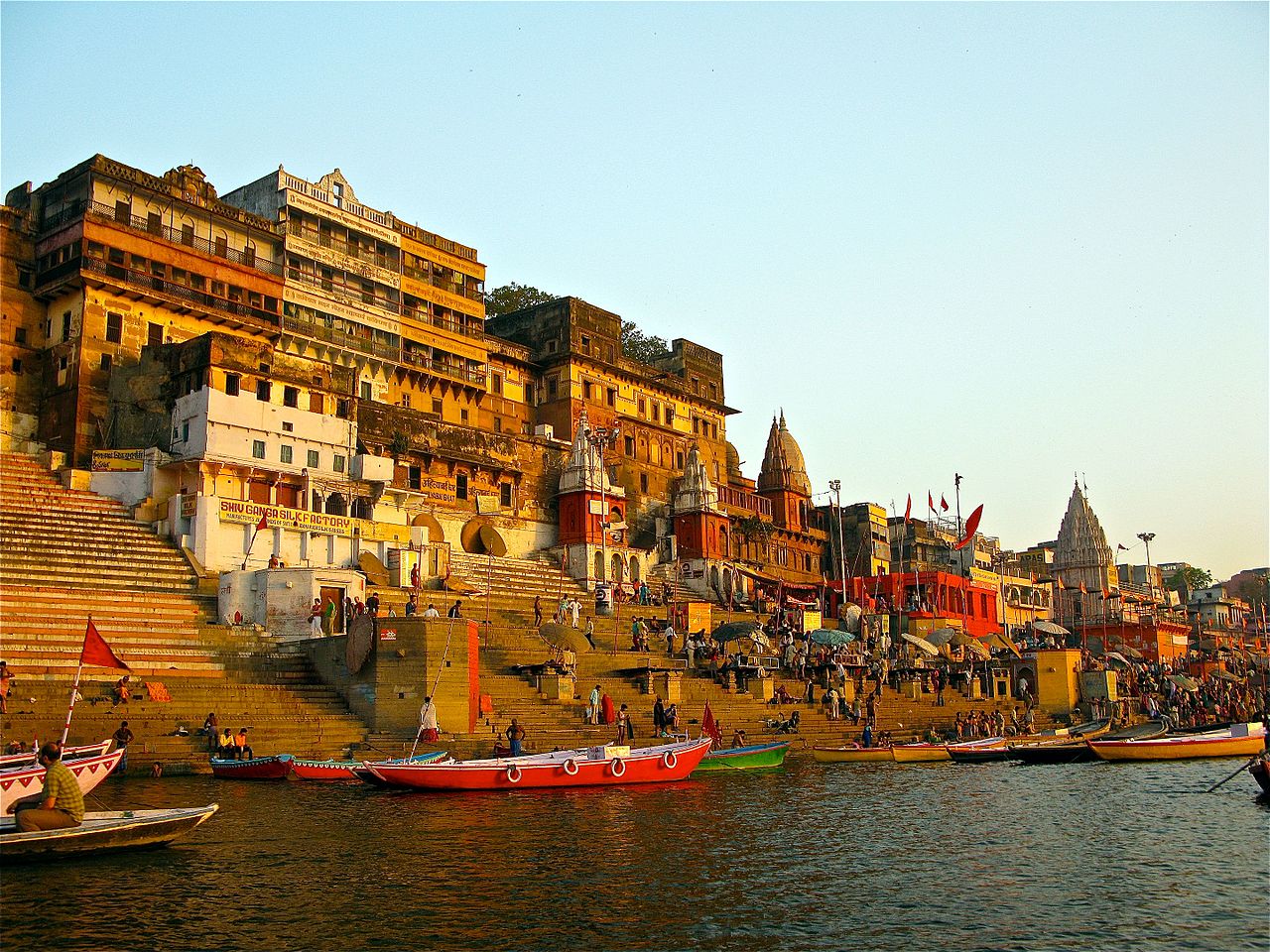 Visualising a city as a Mandala

One can visualise a city through its various maps. For example one is familiar with a physical map showing the network of water bodies, soil terrain and forests and a political map highlighting important districts, government buildings and administrative centres.

Similarly one can visualise a city or space in terms of its temples, teertha sthalas and places of spiritual significance. One finds descriptions of them in the Ramayana, the Mahabharata and the Puranas. The Skanda Purana for example contains the mahatmiyas of various teertha sthalas spread across the Bharatvarsha from Kedarnath, Badrinath, Ayodhya, Mathura, Varanasi to Ujjain, Puri, Tirupati, Rama Setu to Dwarka, Girnar and more. Chapters are dedicated describing the significance of every temple, the story behind its coming into being, how to worship as well as the benefits of visiting them. These teertha sthalas have a continuing tradition where countless rishis and bhaktas have done penance and built temples.

The puranas also mention various yatras that one can undertake in these sthalas. Within a region, multiple yatras or circuits are described with its own significance: yatras dedicated to Shiva shrines or navagrahas or Rudras or Devi and so on. It is like exploring the same teertha sthala through different lenses. For example, in Varanasi, more than 15 yatras are mentioned: the Vinayaka Yatra in Varanasi covers the 56 important shrines of Lord Vinayaka and is spiral in shape converging to Shree Kashi Vishwanath Temple, The Aditya Yatra of Varanasi is a yatra of the 14 important temples dedicated to Adityas in the shape of an isosceles triangle. Each yatra is a unique experience and holds a special significance for the sadhaka. One of the most followed yatra is the Panchakroshi yatra of Varanasi which has a long history associated with it.

Yatras are an integral part of the sanatana dharma and have been performed by pilgrims since aeons. The study of these routes or yatras has been a subject of modern research to understand their geometric patterns as well as astronomical alignment. Interested readers may refer to the references for more details. 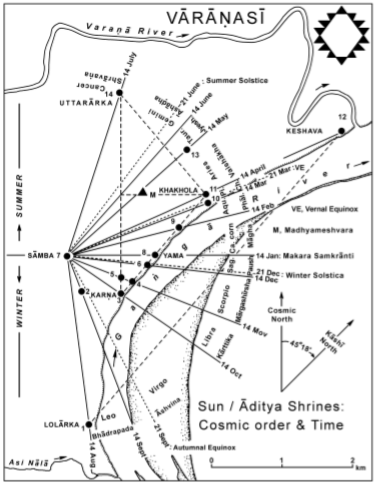 Fig 1: Yatra of the 14 Adityas in Kashi. Most of them lie on an isosceles triangle. Lines drawn From temple 7 to other temples indicate the position of sunrise as visible from temple 7 around 14th of every month; thus making them aligned like a sundial! 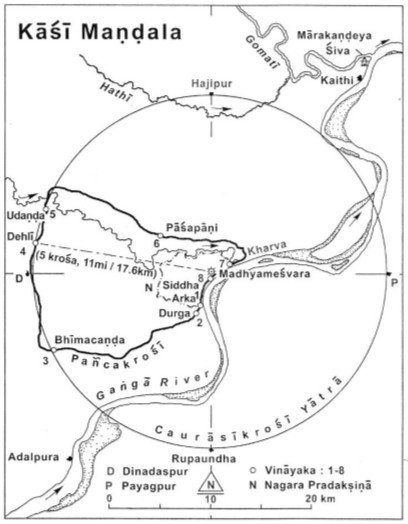 Fig 2: Kasi Mandala showing the span of Kashi to be of 5 krosa radius
At the centre is the Madhyamesvara temple very close to the Shree Kashi Vishwanath temple. The other radial point is Delhi Vinayaka Temple. The Pancakroshi Yatra route followed today is also marked in bold. Fig 3: Comparing the Kashi Mandala (in circle) to the modern city of Varanasi (highlighted in white)

Kashi means the illuminated city and is one of the most sacred of all holy places. In the Skanda Purana, Maharishi Vyasa describes Kashi to be a circular mandala, of 5 krosa radius (1  krosha/kosa = 2.2 miles or 3.52 km) with Kashi Viswanath temple in the centre. Kashi, located on the banks of Ma Ganga gets its other name Varanasi from the two rivers which flow through its north and south Varana and Assi before they merge into Ma Ganga.

Lord Shiva forever resides in his favourite Kashi also called Anandavan. Even during pralaya at the end of the Kalpa, Lord Shiva does not leave his Kashi. It is said one who leaves his body in Kashi attains to mukti and Lord Shiva himself utters the mantra in the person’s ears. All holy teerthas are said to reside in Kashi, including the twelve jyotirlingas. Countless saints have lived here, performed tapas and spread the knowledge and glory of the Lord. Once can find ashramas of the saints including Maharishi Agastya, Maharishi Kapila and so on, as also those of Kabir and Tulsidas.

The Panchakroshi Yatra of Kashi

The Panchakroshi Yatra has been of tremendous significance in our itihaasa-purana. Lord Rama performed this yatra for his father King Dasaratha and again after returning from Lanka. The Pandavas have also performed this yatra and the Shiva linga established by them is also one of the major pilgrimage site. The Yatra has been described in the Kashi Khanda of Skanda Purana and has been referred to in several other puranas and texts including by Tulsidas.

The Yatra covers a distance of about 75 km covered by devotees on foot. The most common times for the Yatra are autumn, cold and spring season. There is special significance of performing the Yatra in Purushottama maasa. On the night of Shivaratri, thousands of devotees are seen performing the yatra. The Kashi Rahasya in Brahmavaivarta Purana describes five ways in which one may perform the Yatra depending on the number of days one takes to perform it – from one to five. 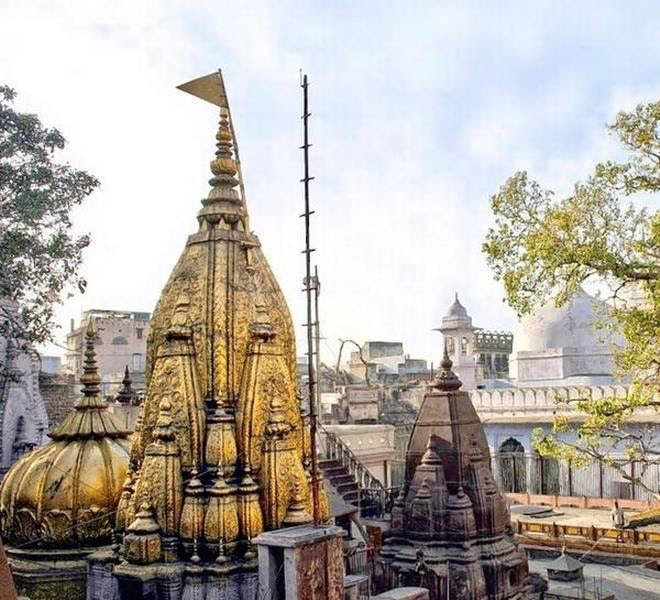 Devotees after taking a bath at the Manikarnika Ghat begin their journey at the Kashi Vishwanath temple by taking the following sankalpa to purify themselves (from the Kashi Rahasya):

In Kashi, committed sins by talk, body and thought,
By knowingly or unknowingly,

To get relief from them and for the well being.
Worshipping Pancakroshi lingam form;
And Infinite Light-form;
Where live Parvati and Shiva, Lakshmi and Visnu
Dhundiraja and Fifty-six Vinayakas
And twelve Suns, Narsimha and Kesavas.

Three forms of Rama and Krishna,
Fish and Tortoise forms Vishnu,
Various incarnations of Shiva and
Vishnu where installed.

And where live various forms of Gauri; To do the journey
I take the vow and pray to Siva and His consort.
I would do the Panchakroshi Yatra by sacred rules;
As liked by you, O Supreme Lord!
Give me strength and peace.

The typical journey involves halting at five stations during the five nights. Dharamshalas and comfortable guest houses have come up at these halts for the ease of devotees at these places.

The first night halt is at Kardamesvara Temple: This lingam is said to be installed by Sage Kardam, father of Maharishi Kapila, the founder of Sankhya philosophy. Devotees take bath in Kardam kund in the temple complex and worship the linga by offering five grains: barley, paddy, wheat, mung and urad dal along with white sesame, bilva leaves and tulsi. 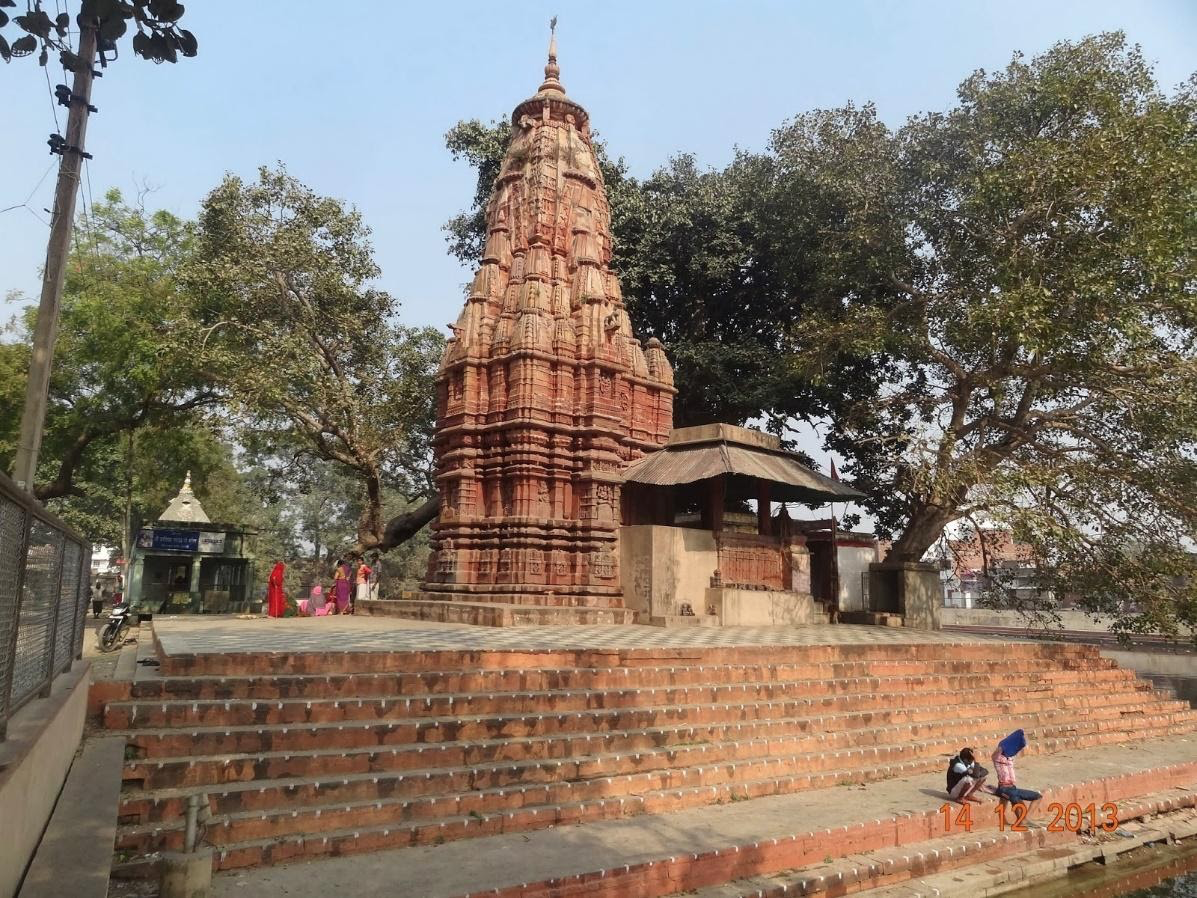 The second night halt is at Bhimacandi Temple. Bhimacandi refers to the form of Devi showing her strength (Bhima) before her marriage with Lord Shiva. She is also one of the patron deities of the territory

The third night halt is on the banks of river Varana at Ramesvaram. Here the Siva linga was installed by Lord Rama himself. Devotees take a dip in the Varana river and at night, special decoration and arti are performed at the temple of Ramesvaram.

The fourth halt is at the temple established by the Pancha Pandavas. Here there are five Shiva lingas and Nandis with each of them, in decreasing order of size established by the pancha pandavas. Devotees worship the lingas as well as take a dip in the Draupadi Kunda nearby.

The final night is at Kapiladhara, the temple of Kapila Muni, the founder of Sankhya philosophy. Devotees perform anna daana to brahmins here in the evening. The next day, devotees visit the beautiful Adi Kesava temple dedicated to Lord Vishnu, take a dip at the Manikarnika Ghaat and a complete their yatra where they began, at the Kashi Vishveshwara temple.

All along the route, one hears the devotees chanting:

“Hail to Mahadeva, Shambho
residing in the city of Kashi with Ma Ganga
and Ma Parvati”

There are 108 shrines on the route dedicated to Lord Shiva, Vinayaka, Shakti Devi, Lord Vishnu and others. Each shiva linga established on the route has a story behind it. Some are major temples, others are small shrines or murtis in compounds. The recent project to build the Varanasi corridor has helped declutter many shrines and give them due space. One can refer to the full list of 108 shrines in the references. Going through the list, one gets a glimpse into the holy city of Kashi.